New Business News: Head out to the trails at Startline Inn

Michael Choate and Elizabeth Holland have owned property right next to the American Birkebeiner and Chequamegon Area Mountain Bike Association (CAMBA) trails in Cable since 2003.

This proximity became an asset when the two opened their business, Startline Inn, in February 2017.

Holland and Choate lived in the Chicago area for many years. Holland worked as a diagnostic radiologist specializing in breast imaging, and Choate was a firefighter and competitive skier and biker who did bicycle maintenance as a side gig.

The property, which formerly belonged to the Rondeau family of Cable, had the main house when Holland and Choate first purchased it.

Now, the property has lodging, cross-country ski and bike maintenance services, a shop and more.
Choate said he had had a dream to one day own a bed and breakfast. When they bought the Rondeau property, everything fell into place.

“We specifically cater to the silent sports,” said Holland.

“We are the closest lodging and service to the trails,” added Choate.

Bed and breakfast
A rental cabin for visitors comes fully equipped with a kitchen and all people need to cook their own meals, beds, a loft, bathroom, energy-efficient lighting, a Smart TV, WiFi and more, all modern amenities.

The cabin is located right next to the trails, so people can hop on their bikes, skis or snowshoes and access the Birkie, North End or CAMBA trails.

“They park the car and they don’t drive it again,” Choate said.

The cabin has an open-floor plan so people do not feel claustrophobic, and there are windows all around the area. Holland said the television is also great for competitive teams staying at the cabin who want to watch videos for training or recaps.

Every guest so far has been a mountain biker, skier or family on vacation. “One hundred percent people who love the outdoors,” said Holland, and many have made reservations to return. They even hosted a wedding party this past summer. Most of their clientele has been skiers, but some stayed at the cabin for last year’s Fat Bike Birkie.

“The kids love it here,” she added.

Their builder, Pete Caron, is a ski team coach in Drummond and also very artistic, so he put lots of detail into the cabin design and everything Choate and Holland wanted, he was able to create. Much of the décor at Startline is Haitian oil drum art.

Olympic skier and Birkie champ Caitlin Gregg stayed at Startline recently for Cable’s Junior National Qualifiers, and she skied right up to the grounds from the inn, not moving her car all weekend, Holland said. Other teams at the JNQ said this was “an amazing location . . . (they were) able to slip home between races.”

Bike and ski maintenance
Outside the cabin is a wax hut where people can get their skis ready in a warm, private building.

The hut is ventilated and heated, and there is a radio so people can listen to music as they wax. Bikers can also house their gear in the hut when it’s not being used.

Right below the cabin is a bike and ski maintenance shop with merchandise for sale. They change up the merchandise depending on the season.

Holland said that when they started the business, they did extensive research, as they wanted to be sensitive to other local outdoors vendors’ business. They found a Swiss skiwear line, KV Plus, which Choate said “most people have not heard of.” KV Plus carries Nordic-specific clothing and can retrofit new gear into older equipment.

Holland said what they carry in the store is mainly items for people who may have forgotten something while packing or did not know they might have needed, and don’t have time to run into town.

“(We carry) a good smattering of the basics,” said Holland.

As far as maintenance goes, Choate said they can do repairs, or the visitor can use their equipment if they are more comfortable doing it themselves. There is an outside maintenance area to clean bikes.

A special ski maintenance building is also on-site, where Choate said they soon will upgrade to a stone grinding system for the bases of skis, which refurbishes the polyethelene for maximum performance and increases the life of the skis. They have other high-tech gear for working on skis, including an infrared device. The building is ventilated to eliminate fumes.

Other amenities
Above the ski maintenance area is an open space where more people can stay overnight, and where Holland and Choate have hosted wax clinics, exercise classes and other activities. The area was designed for classes, Holland said. They used remnant carpet tiles for a unique design on the floor, as well as keeping up with their environmentally conscious theme throughout the property.

Choate and Holland themselves both love to get out and on the trails (Holland is just getting into classic skiing). They love being able to see people enjoy the outdoors right off Startline Inn’s property.

“It’s a really good balance,” Choate said of the business and pleasure.

Startline Inn is located at 14795 McNaught Rd. in Cable (just down the road from the American Birkebeiner Trailhead). Call (312) 363-9823 or visit startlineinn.com.

Start Line Inn Cabin & The Loft in the Woods reservations via Airbnb can only be made 6 months in advance. If you are inquiring about lodging more than 6 months ahead, please contact Start Line Inn directly.

We take pride in living in harmony with nature and minimizing our environmental footprint.


We encourage our guests to join us in going Green! 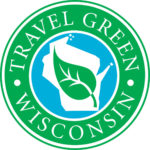 We offer the only year-round bike and ski repair & retail shop in Cable. Click here to learn more about START LINE SERVICES! 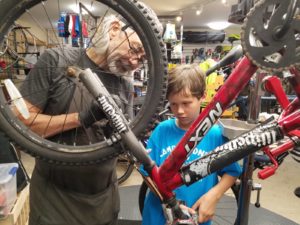